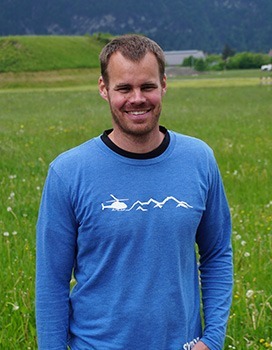 Christian started jumping in the military but found out soon that it is a lot more fun to jump with people than heavy, lifeless gear. He’s been skydiving since 2004 and is from Grindelwald, speaks German, English and a little French.

He likes: Skiing, Tennis, Skydive Interlaken and spending time with his wife and kids. 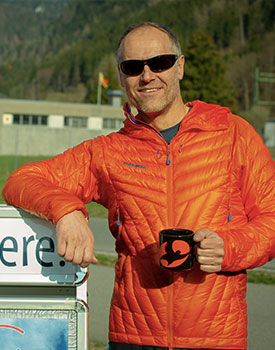 Patrick has a professional background in Paragliding, after seeing the wingsuiters flying he had to become a skydiver. As soon as he is not doing a Tandem Skydive, he is flying his Wingsuits. He is from Interlaken, skydives since 2009, and speaks German and English.

He likes: Cooking and good Wine 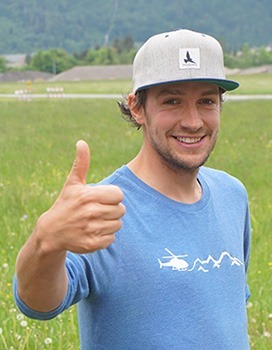 René got a Tandem Skydive for his 16th birthday from his mother and liked it so much that he became a professional Skydiver when he was 19 years old. Skydiving since 2006, he is from The Netherlands and speaks Dutch and English, and is learning German.

He likes Skiing, Climbing, Camping in the mountains and Cheese Fondue. 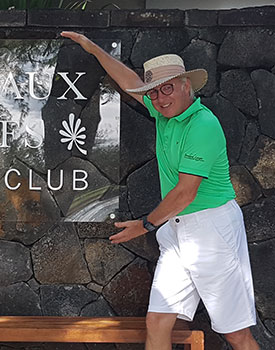 “I started skydiving when Sex was safe and Skydiving dangerous” 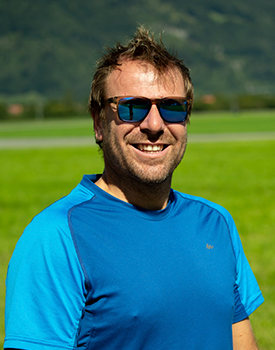 Lorenzo is already skydiving since 1998, spending the winters in Italy and the summers with us at Skydive Interlaken. He’s from Italy and speaks Italian and English.

He likes swimming in the lakes and Italian BBQ

“After seeing a tv spot with Patrick de Gayardon skydiving, I knew I had to do the same!” 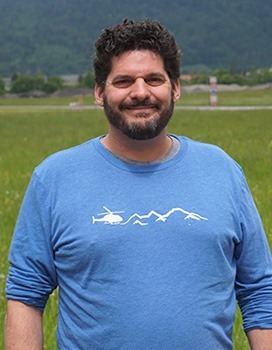 He is skydiving since 1993. Since he got his license, he is very passionate and still enjoy every single jump.

Jürg is living and grew up in the Region of Interlaken. He likes to be in the mountains both summer and winter, to fly his paraglider or for skiing. 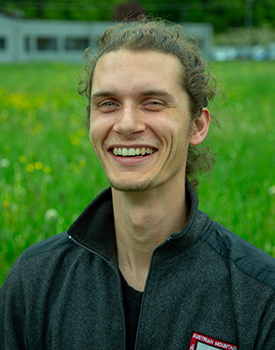 Originally a climber, Sam was always comfortable with falling. As he hung around a lot in the mountains, he was inspired by the paragliders flying around which led him to his first skydive in 2012. After years of studying and working indoors, he decided it was time for a change and started a career in skydiving. Sam has been coming to this area for mountains sports since 2002.

When Sam isn’t tandem skydiving, he is working in the indoor skydiving tunnel in Munich and loves it! He’s from Germany and speaks German and English.

Sam’s hobbies include traveling, flying and hanging out with friends. 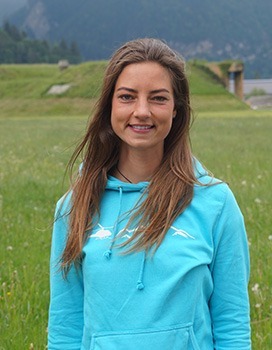 Originally from the flatlands (Netherlands) but found her way to the mountains where she feels the most at home.
Eva loves the outdoors and spends her free time paragliding, hiking and biking through the mountains. She worked in New Zealand and Interlaken and now takes care of our customers and welcomes them with a big smile..
She speaks Dutch, English and German. 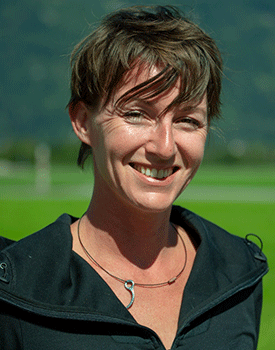 Dorota takes good care of our guests, picks them up at the hotel and gets them ready to jump.

She is from Poland and speaks english, italian, polish and a little german.

In the winter season, Dorota loves to travel around the world. 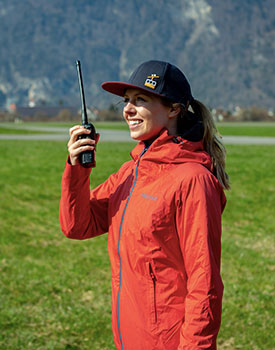 Laura has a busy life up in the mountains. In between her adventures she makes our Instagram look cool and helps us out with groundwork.

Skydiving since 2014, Laura is from New Zealand and speaks English. She is passionate about skiing, paragliding, health, and nutrition.